How I Organize a Swift File

As a professional developer, it’s my job to work with the code that I’m given, even if it’s not ideal or aligned with my own coding style. That doesn’t mean I can’t have my preferences and peeves. Sometimes I inherit Swift code that looks like this: 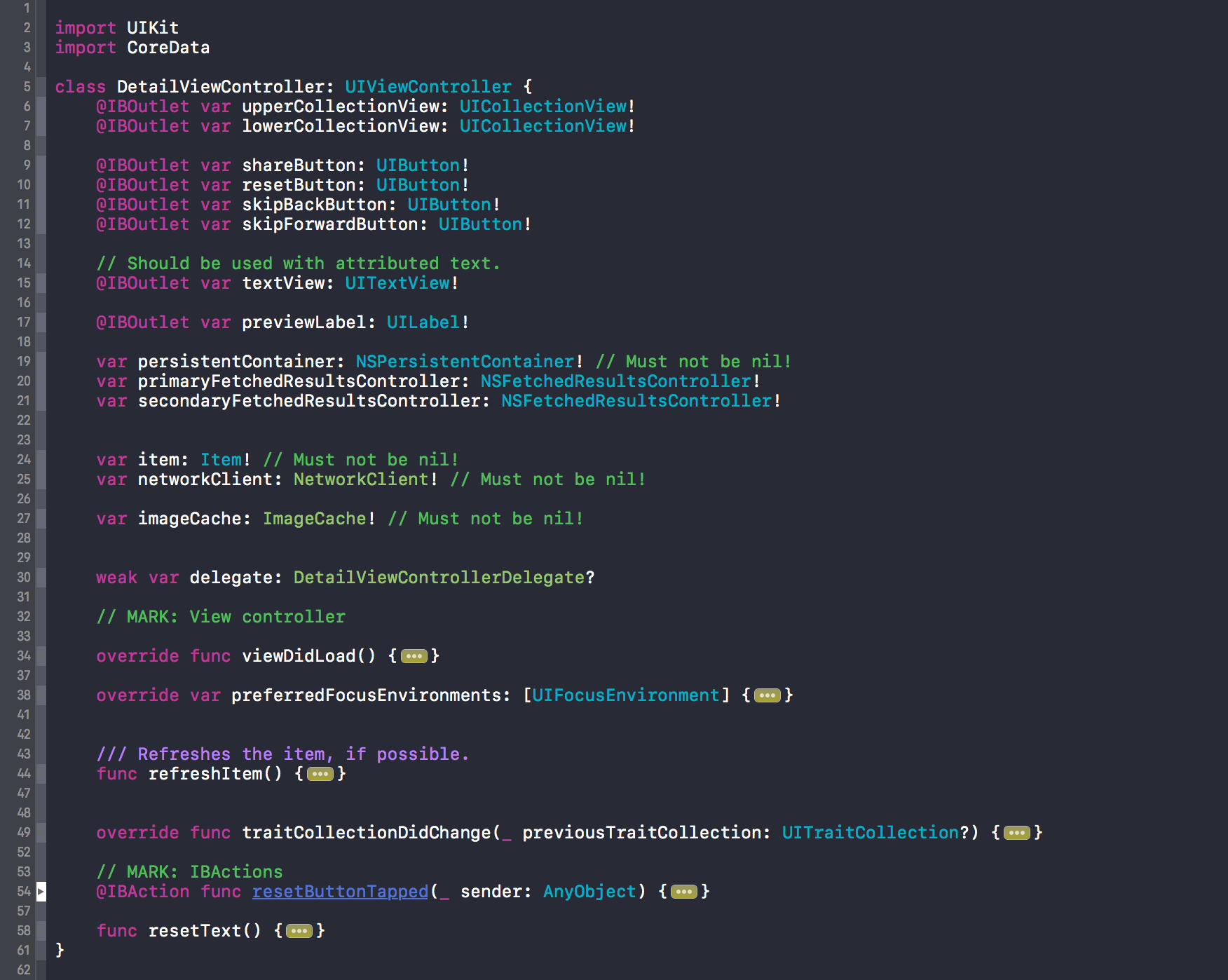 The main thing this code has going for it is that it’s terse, which can be a good thing for some Swift code. But there are problems:

When I encounter code like that, I try to clean it up: 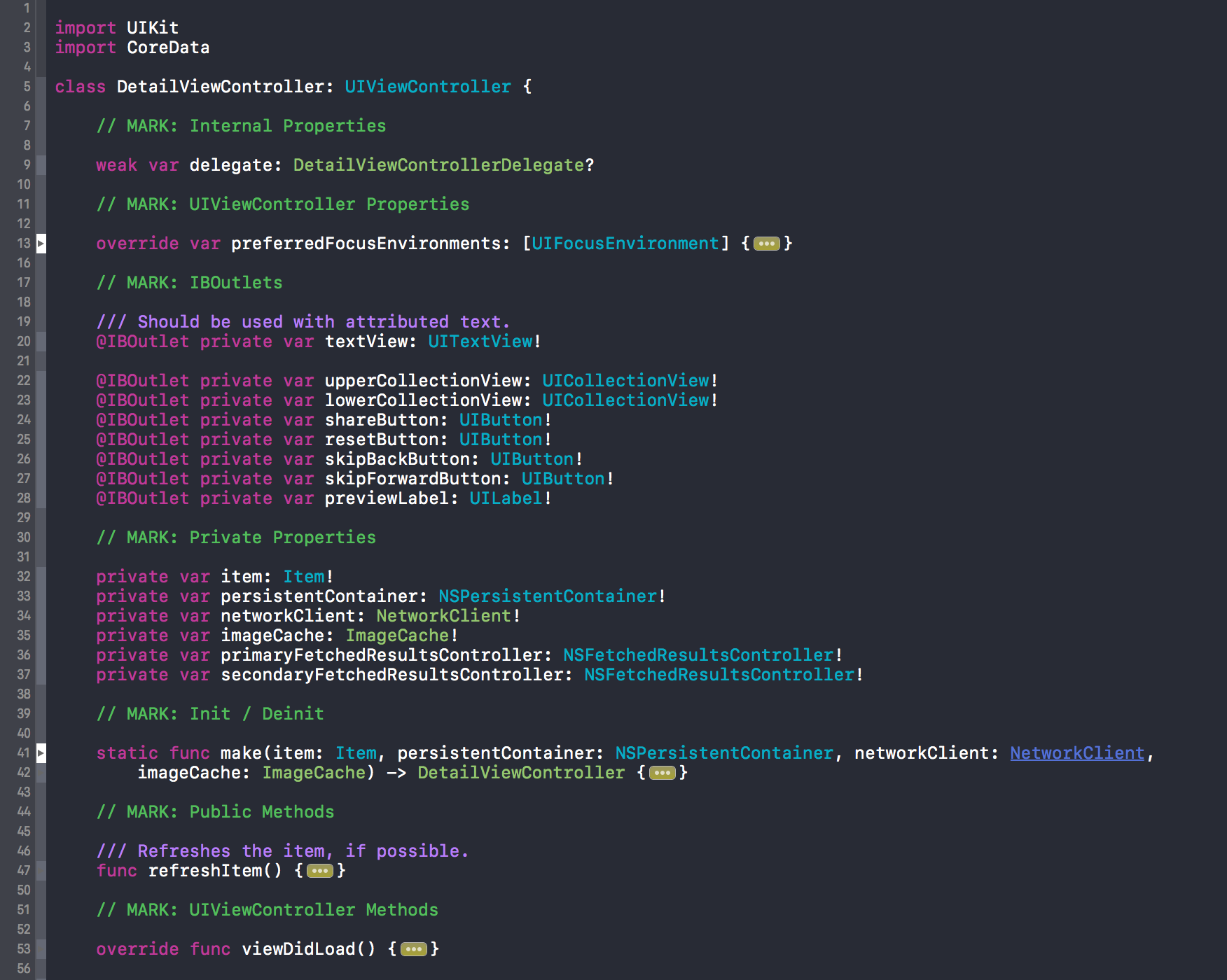 Here’s how it looks with some of the details above removed, in order to capture all code sections in one screenshot: 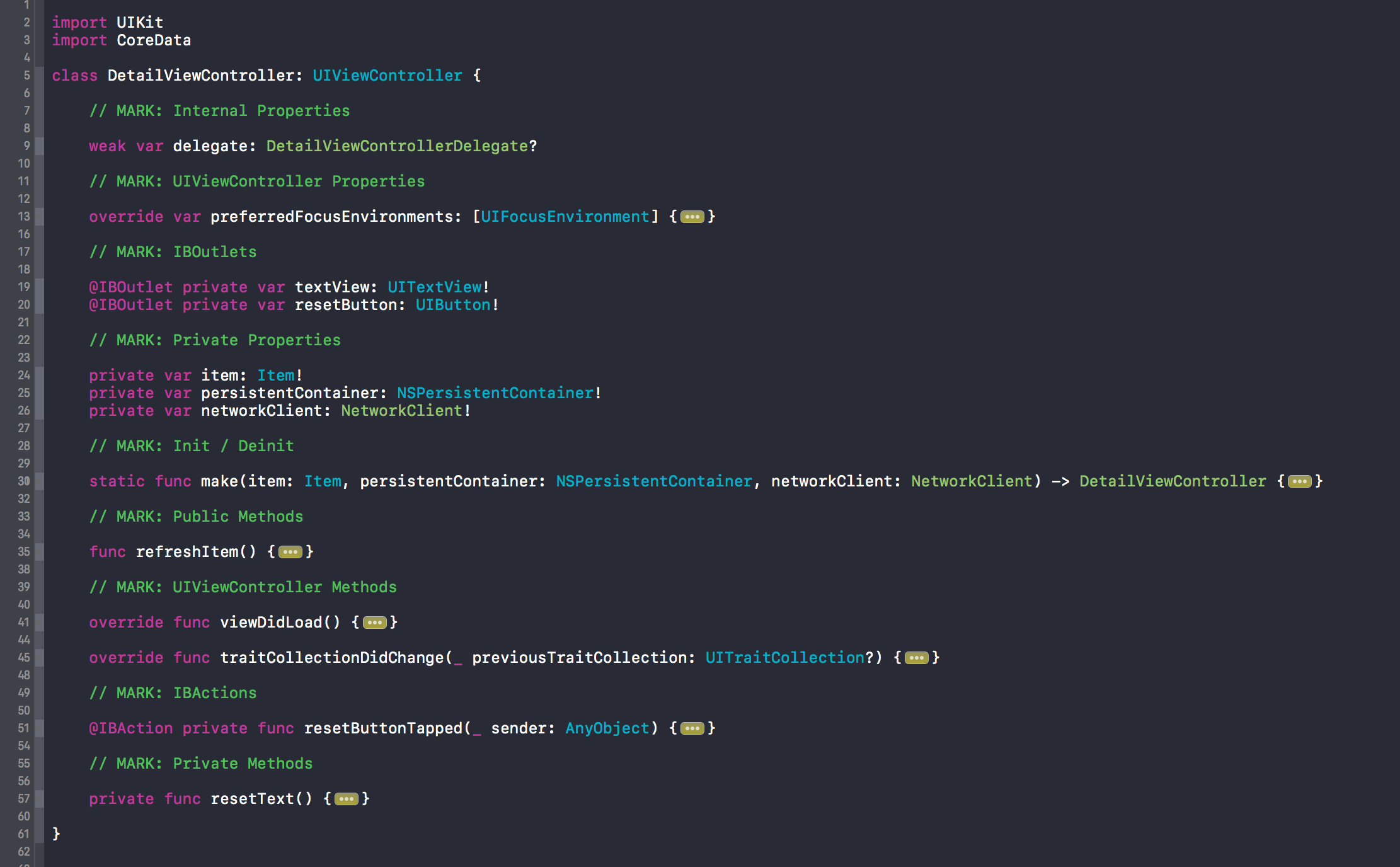 I don’t expect everyone to agree with my preferences. This is just what I like. But I think I can make pretty good objective arguments for the principles I’m trying to put into practice: