Finding Objectivity When You Feel Lost as a Designer

Francesco Di Lorenzo, an iOS developer, wrote to me1 a while back:

I am stuck with personal projects because I feel like I have reached the limit of what I can do with my current design skills. Could you give me some hints on where to go to learn the basics of design? I can’t get my head around even really basic stuff like color theory and simple typography because I miss the fundamental concepts. As of today I design following my instinct and by imitation.

The bad news for Francesco is that he wrote to the wrong guy. I feel the same way, all the time! I especially identify with that last line:

I design following my instinct and by imitation.

The good news for Francesco is that this is, from what I have observed, a universal experience among people in creative professions. Creative work is open ended. There are no objectively wrong solutions to creative challenges, yet there is still a sense that you’re obligated to demonstrate expertise. Folks in creative professions end up caught in the tension between the freedom to do anything and the duty to become an expert. I am not referring to what is sometimes called "Imposter Syndrome," though that is a related concept. Instead, I’m talking about how we judge what is good and what is not good. 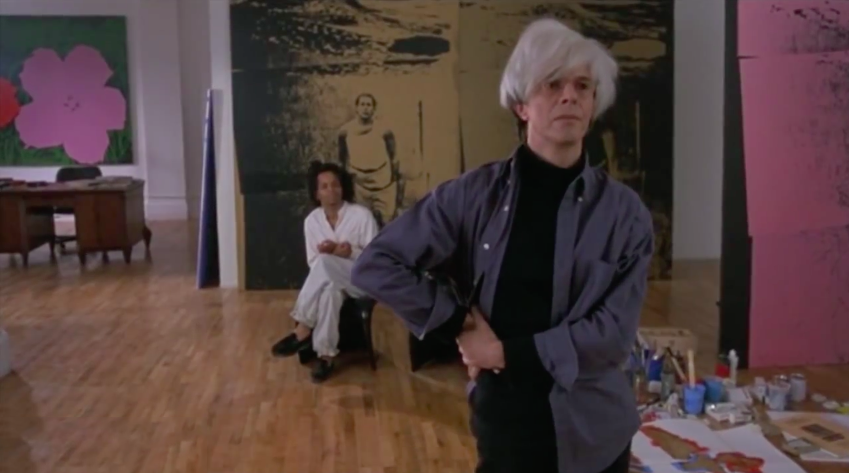 There’s a scene in the film Basquiat in which Andy Warhol, played by David Bowie, is collaborating with Basquiat on a painting. Warhol is taken aback by the changes Basquiat makes:

What are you doing? You’re painting out everything I do!

Warhol goes silent while Basquiat keeps going. Warhol looks like he’s on the verge of changing his mind.

Basquiat steps back from the canvas.

You really think so?

I have no idea if that bit of dialogue is true-to-life, but I love it just the same. It’s both reassuring and terrifying to watch an artist like Warhol — either a revolutionary new master or an iconoclastic fool, depending on whom you ask — find himself just as lost in front of his work as you or I might feel in front of ours.

There are no Absolutes

Whatever your religious or moral convictions might be in the rest of your life, in art there are no absolutes. Nothing is truly good or bad. There are only two forms of certainty:

Let’s use television shows as an example. The original Law & Order may not have the same gravitas and high-art merit as a golden-age-of-TV series like The Sopranos, but that doesn’t mean it isn’t a great show. The shallow characters and cheeseball zingers are part of the game. Law & Order is a near-perfect expression of a certain kind of entertainment. The intention behind it is different from shows like The Sopranos. It’s unfair to judge them by the same criteria.

The same is true of any creative work, from iOS app design to fusion cuisine. You choose your rules out of thin air. But choose them carefully. There’s no objectivity outside of your intention, except the question of whether your intention is admirable in itself. A pornographic film, for example, might be of good or bad quality, but the intention behind it is less admirable than the intention behind a given art house film with the same visual content. It takes wisdom to see past the particulars and into the intention.

I think the way out of a dilemma like Francesco’s is to shove aside one’s fears and focus first on choosing an appropriate set of rules. There’s no pure objectivity, so we need to find something to do the job of objectivity in its place. We just pick something. Anything. It’s messy, but it isn’t as hard as it sounds.

It starts with taste. Everyone has her own taste. Your taste is a composite of the tastes you’ve borrowed from people you admire and the taste you discover for yourself. Wading through this mixture, you will usually find yourself drawn to certain kinds of artistic intention. The important part is choosing an intention that you can cling to when the work gets hard.

I’m reminded of my friend Kris Donegan, a Nashville session guitarist and one of the best musicians I have ever known. Kris doesn’t play every style of music. He could, if pressured to do so, play highly technical, meedly-meedly-meedly-mow, Malmsteemish math rock — but it would require an enormous amount of effort and practice to get there. Instead, Kris plays a distinct style of gutsy Americana rock guitar. He works diligently on crafting a tone that is uniquely his own: a certain touch on the strings, a curated collection of effects and boutique amplifiers. Kris is an ingredient which, when added to a song, makes it richer and more flavorful. To a math rock fan, Kris’ playing is all wrong. But to the people who continue to seek out Kris for their albums, his playing is just right.

In his email to me above, Francesco asked:

Could you give me some hints on where to go to learn the basics of design? I can’t get my head around even really basic stuff like color theory and simple typography because I miss the fundamental concepts.

Like Francesco, I have little or no formal training in these subjects, but I don’t think that’s a problem — not for creative work. In creative work, formal training is ninety percent bullshit. The only thing that really matters is your willingness to always be learning, to always bust some ass like an eager beginner. I read with awe this post by the developer of Capo, in which Chris Liscio describes how he took on the task of learning how to write machine learning software in order to improve a chord detection feature by leaps and bounds:

When I returned from NAMM and came down from all the excitement of the show, I decided that enough was enough and I needed to tackle all the research I was uncomfortable and afraid of. I had never taken an Artificial Intelligence or higher level Statistics courses at school, but all the research papers I was reading over the years made frequent references to concepts that I was completely unfamiliar with.

I re-read all the papers I’ve used over the years for reference, and read them again. I got in touch with Taemin Cho to get some clarification on some of his work, and he led me to newer papers which required additional learning on my part. For a solid 6 weeks I was doing nothing but reading papers and exploring in MATLAB.

So, Francesco, my answer would be to look in places so difficult to understand that they scare you. You can handle it. Let me know how it goes, you’re probably braver than me.