Since a larger iPhone is all but a given at this point, the interesting question is how will Apple do it? There are several directions Apple could take. Before I delve into speculation, let’s rally around some terms.

Now for some fun speculation.

Apple could increase the iPhone’s scale from @2x to @3x, re-using an existing logical size (either 320x480 or 320x568). This would allow them to use the same display panel already in use in the iPhone 5s, but cut it into a larger shape. This is more or less what Apple did with the first iPad mini; its display panel was the same as that of the iPhone 3G, just larger. The problem with this approach is that it would result in a phone that seems comically large for an Apple product: 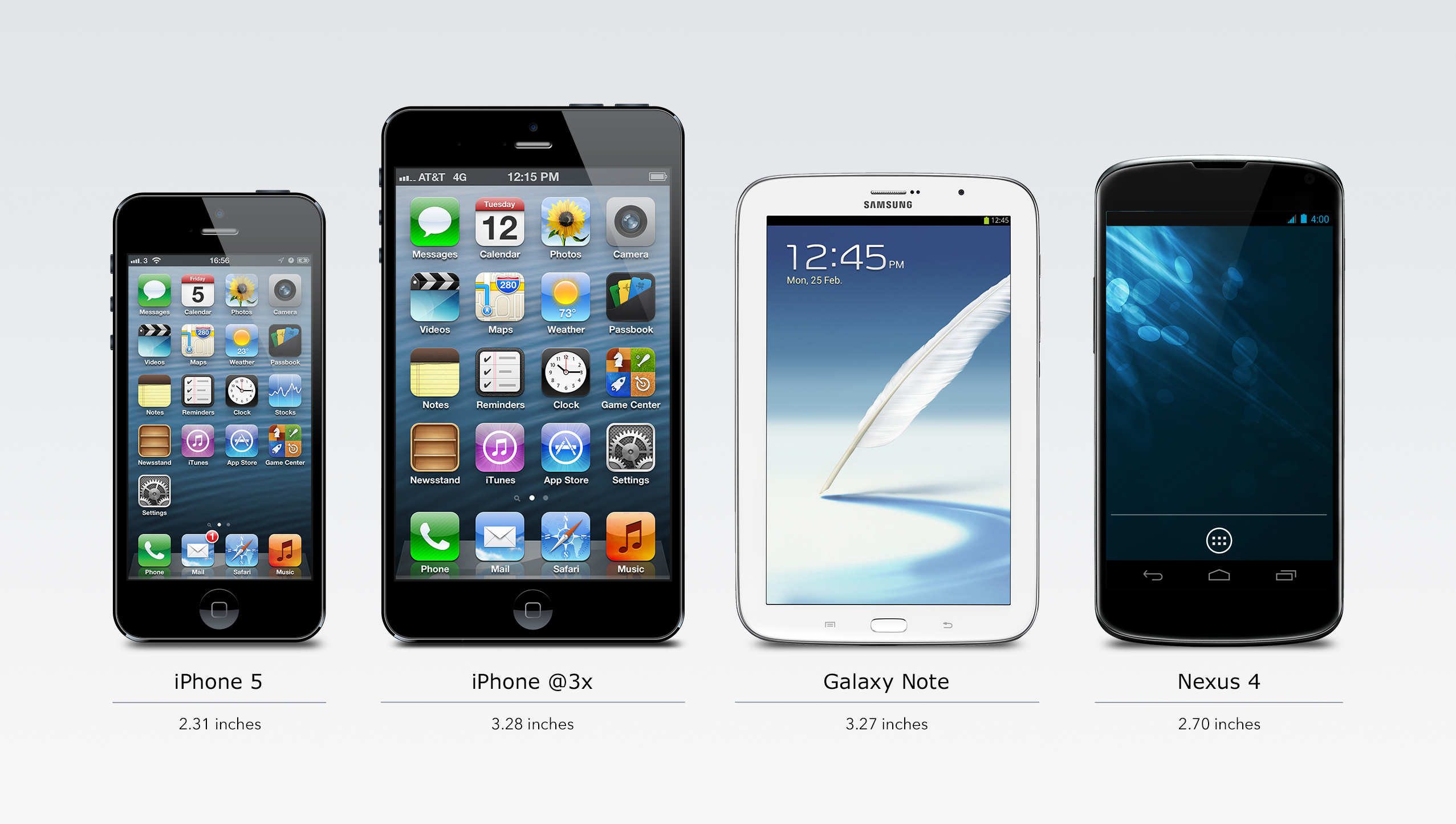 This would look even more ridiculous if I’d mocked up a 320x568 point ratio at an @3x scale.

Historically, Apple’s designers opt for modest differences in the physical sizes of a given product range (for example, 13-, 15-, and 17-inch MacBooks Pro). So if Apple chose to bump the scale to @3x, I would expect them to also use a higher pixel density than 326 PPI. This would require a new LCD panel, which might be prohibitively challenging. From what I understand, shipping LCDs with a new pixel density would require significant engineering and infrastructure resources, as compared to merely cutting existing panels to a larger size.

Alternatively, Apple could re-use the current retina iPhone LCDs, but cut them to fit into a new logical size. I think a logical resolution of 396x656 would be an interesting choice. This would increase the home screen layout by one row and one column: 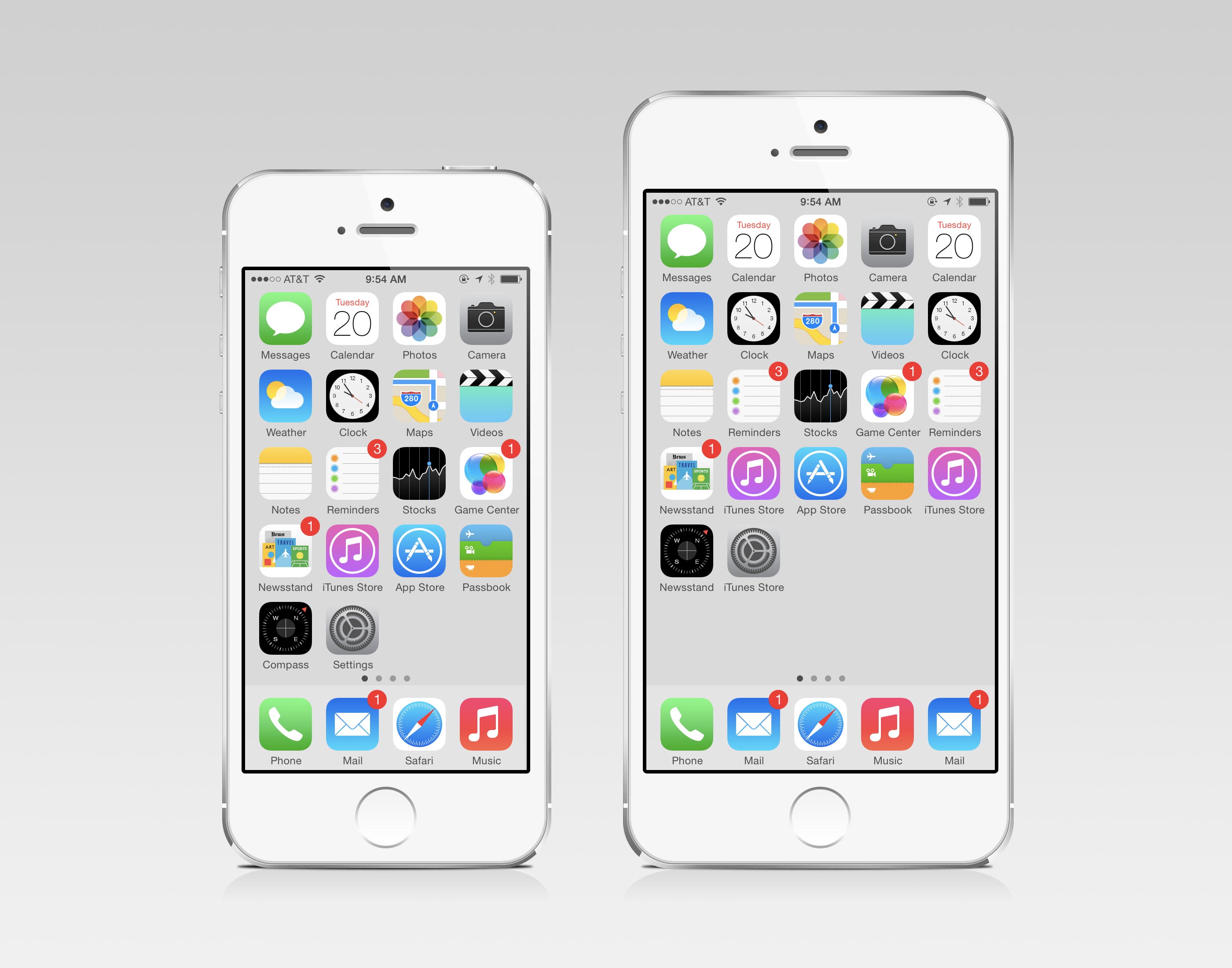 To my eyes, this looks like a more sensible size increase and a better use of the larger display. It also has the benefit of re-using the same 326 PPI display panel technology already being manufactured.