Birthday Cake M&M's – The Dawn of a New Era

I tried Birthday Cake M&M’s for the first time tonight, and they are far stranger than I had expected. I had assumed that, like their Peanut Butter or – crucially – their Pretzel forbears, each candy piece would contain a morsel of actual cake. The truth is that Birthday Cake M&M’s are concocted to taste like fake processed chocolate cake – an artificial artificial flavor. 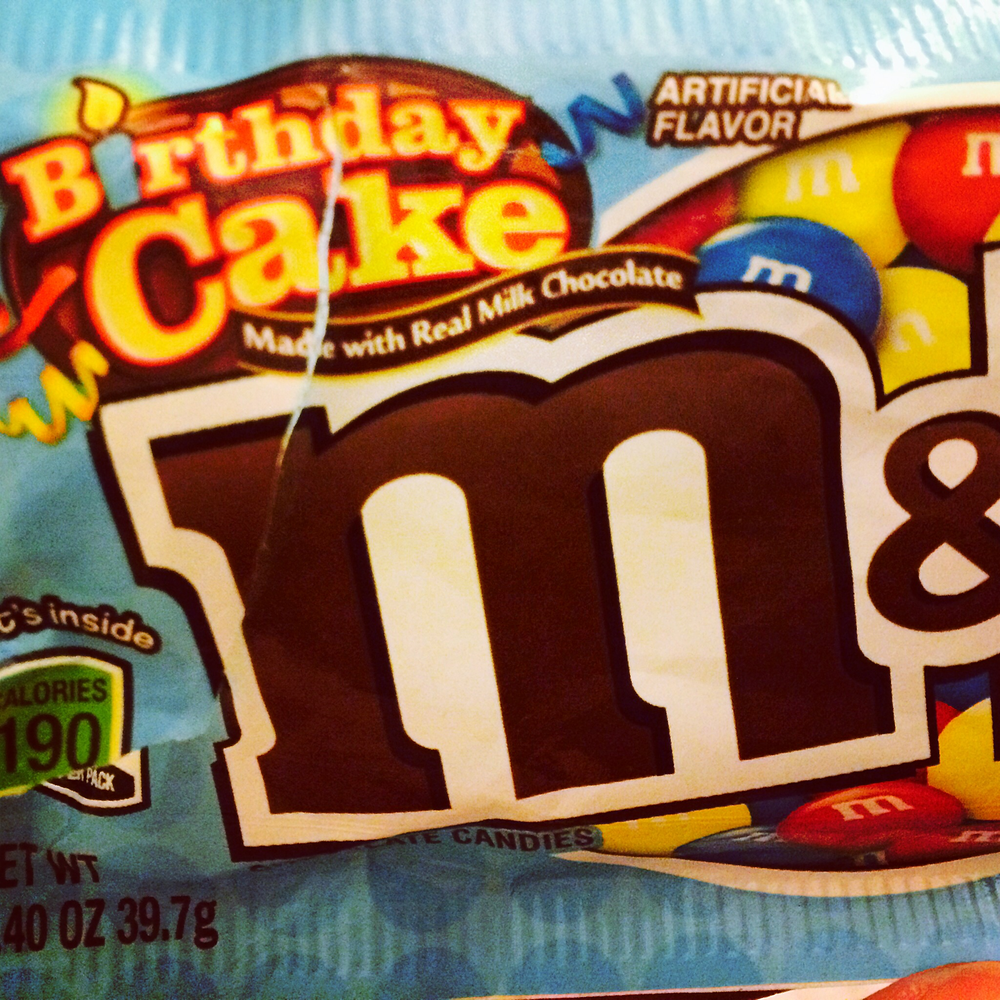 I’m tempted to cite the Jelly Belly’s Dr. Pepper jelly bean as a precursor, but that’s merely intended to amaze the customer with a feat of flavor science. In contrast, Birthday Cake M&M’s take food engineering as a given, presenting the (synthetic) synthetic cake flavor as an end in itself. Birthday Cake M&M’s assume that the customer already craves artificial chocolate cake for its own sake, not because it tastes like a slice of Real™ chocolate cake (which it doesn’t).

In the ontology of Birthday Cake M&M’s, it isn’t:

Birthday Cake M&M’s shift the boundary between the real and the artificial forward by many millenia. It’s as if everything that came before artificial chocolate cake has now been blessed. Agricultural advancements, technological innovation, manufactured goods, indeed the whole of human ingenuity, have been adopted into the family of the real – at least up through the point in human history that cake mix started shipping in a box.

Thus, through the second-order synthesis of the Birthday Cake M&M, the first-order synthetic is no longer distinct from what is genuine. The synthetic is synonymous with the real. Technology is nature, and vice versa. The Buddha is at home in a Xanax bottle.

A new era has dawned.